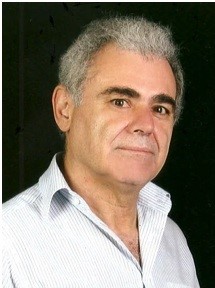 The interviewee of this edition of the newsletter of the Brazilian Materials Research Society Newsletter (SBPMat) is Professor Roberto Mendonça Faria, who has just handed over the SBPMat Presidency after four years in office (although he promises to remain active in the society).

Roberto Mendonça Faria was born in Adamantina, a small town on the west side of the State of São Paulo (Brazil), on May 1952. At the beginning of his secondary studies, already oriented towards “hard sciences” and stimulated by a great physics teacher, he started to look at science as a potential profession. In 1976, Faria concluded his bachelor’s degree in physics at the São Paulo University (USP).

In the same year, still passionate about physics, in which humanity was taking great steps towards knowledge, Faria began his academic career. He started teaching in undergraduate courses at USP and began his master´s course in physics at the same university. There, supervised by Professor Bernhard Gross, a pioneer in Materials research in Brazil, Faria learnt the pillars of scientific activity and developed a fascination for uncovering mysteries of materials (in this case, the conductivity induced via radiation in a polymer known as Teflon). Right after obtaining the master’s degree, in 1980, Faria began the doctorate course in physics at USP, once again having Professor Gross as supervisor. In 1984, Faria defended his dissertation about dielectric absorption and induced conductivity via radiation in the polymer PVDF.

In 1985, Faria started lecturing in postgraduate courses at USP. Between 1987 and 1989, he stayed in France on a post-doctorate internship at Université Montpellier 2. In 1990, he obtained the Associate Professor title at USP after defending a thesis about phase transitions in ferroelectric copolymers. In 1999, he became Full Professor of the São Carlos Institute of Physics (IFSC) at USP, where he occupied several management positions throughout the years, such as the head of the Department of Physics and Materials Science (1994-1996), the coordination of the postgraduate program in physics (1997-1998) and the IFSC general direction (2002-2006).

Roberto Faria also was the coordinator of two large scale projects at a national level. The first project was the “Multidisciplinary Millennium Institute of Polymeric Materials”, one of 17 projects selected within the program “Institutes of the Millennium” of the Brazilian Ministry of Science, Technology and Innovation (MCT). This institute gathered around 140 researchers from 17 institutions from Brazil’s five regions, and existed between 2002 and 2008. The second project continued one of the research focuses of the first one – the study of electronic polymers and their applications. Starting in 2009, the Brazilian National Institute for Organic Electronics was approved and established in the context of the Brazilian National Institutes of Science and Technology (INCTs) from the MCT.

Going beyond the frontiers of his scientific area, Faria was the coordinator, between 2010 and 2014, of the São Carlos pole of the Institute of Advanced Studies (IEA) at USP, an organization intended for broad and interdisciplinary research and discussion of fundamental issues on science and culture. In addition, in the context of his interest in contributing with the economical development of his country through research, Faria coordinated the making of the book “Science, technology and innovation for a competitive Brazil”, published in 2012.

In the last few years, Faria has been having an active participation in international scientific entities in the Materials area. In 2014, he was one of the general coordinators of the “Spring Meeting of the European Material Research Society – 2014”, which took place in the French city of Lille.  In 2015, he was elected second vice-president of the International Union of Materials Research Societies (IUMRS).

Faria is a member of the Academy of Sciences of the State of São Paulo and the Brazilian Academy of Sciences and belongs to the editorial board of the journal “Materials Science – Poland”. In 40 years of scientific research on polymeric materials, particularly those with electronic activity and their applications in devices, Professor Faria has produced around 180 articles published in indexed journals, having about 2,000 references, and has supervised 47 master´ss and doctorate thesis.

An interview with the researcher follows below.

SBPMat Newsletter: – Tell us what made you become a scientist and work in the field of Materials.

Roberto Mendonça Faria: – Before High School, I imagined I was going to follow my studies in the “hard sciences” area (engineering, physics, chemistry, mathematics, etc.). But I didn’t have any intention to follow a scientific career, even less so to be a scientist. However, in the first year of High School I started to change my mind, stimulated by an excellent physics teacher, Roberto Stark. I graduated in Physics and soon after I was lucky to be supervised by two great masters: Professor Bernhard Gross and Professor Guilherme Fontes Leal Ferreira. As any newly-graduated person in physics at the time, I was passionate about the extraordinary experimental and theoretical advances of the 20th century physics.  However, my first research study was about an apparently modest theme: the interaction of ionizing radiation with thin films of insulating polymers. Under the supervision of Professor Gross, I definitely learnt how to approach a scientific issue and also how to handle the methodological strictness needed to discover the effects and the phenomena arising from the experiments performed. Those first years of research were crucially important to my career. I never again lost the fascination in discovering the properties and the enigmas of the condensed matter, and I’m happy because materials science and engineering is extremely important for the development of Brazil.

SBPMat Newsletter: – In your assessment, which are your main contributions to the field of Materials?

Roberto Mendonça Faria: – There are different ways to measure the contributions made to the advance of scientific and technological knowledge. The most objective and internationally followed view is the bibliometric, conduced by the Journal of Citation Reports (JCR) from Thomson Reuters. This metric has many merits, but it’s too much focused on numbers. Another fact influencing scientific assessments comes from the pragmatism of the present world. Today, it is required that scientific works aim at specific applications. In this context, researches involving more fundamental studies tend to lose the visibility they deserve. That is, many times scientific works of great value have little mentions. An analysis of my production from JCR may lead to the conclusion that my most relevant contributions are connected to applications, but I particularly believe that my greatest contributions are more related to fundamental works in the areas of phase transitions of ferroelectric polymers and electrical transportation mechanisms in electronic polymers.

One of the interesting areas I have been working on in the last few years is the organic solar cells. I believe that, with my research group, we gave a significant contribution to the understanding of phenomena involving the transportation of electrical carriers inside the cell. Since 2013 we published two works where we developed an analytical equation which rules the electrical current curve in function of the voltage of a solar cell when under lighting. This analytical equation works very well in special cases and has explained many of the optoelectronic effects of the devices we built and measured in our laboratories. One of the works was published in the Applied Physics Letters journal in 2013, and the other was published on Solar Energy Materials and Solar Cells in 2015.

On the other hand, I always dedicated myself to assembling research laboratories and forming human resources. I also have been contributing with several post-graduation programs, directly and indirectly, and for more than 20 years I have been dedicating myself to strengthening the area of Organic Electronics in the country, especially in the formation of a research network in this area: the National Institute of Science and Technology of Organic Electronics. Whenever possible, I try to encourage projects in partnership with private enterprises and research institutes that aim towards applied projects. In the public policies area, I believe my greatest participation was coordinating a document from CAPES (the Brazilian agency in charge of post-graduate programs) and SBPC (Brazilian Society for the Advancement of Science), called “Science, technology and innovation for a competitive Brazil”, which has contributed to the creation of the Brazilian Company of Industrial Research and Innovation (EMBRAPII).

SBPMat Newsletter: – You have just finished your tenure as President of SBPMat. Share with our readers an analysis of the results achieved by the boards you have headed during the last four years.

Roberto Mendonça Faria: – SBPMat is a relatively new society, but it has an important mission to fulfill for the development of the country. Brazil has an extraordinary richness offered to it by nature. However, the country does not take advantage of this richness because it places little knowledge over its natural resources. There was a revolution in agriculture after the country decided to put knowledge over this blessing that nature has offered to it. Today, agribusiness is one of the pillars, perhaps the strongest one, of our economy. We have to do the same with the raw matters that abound in our territory. The publication “Science Impact – A special report on materials science in Brazil”, in partnership with the Institute of Physics (IOP), was one of the projects that worked and gratified me very much. This type of initiative helps raising awareness that Brazil has a natural gift to be a leader in several materials-related segments and to generate a lot more richness than it currently does.

Another valuable contribution that the two previous SBPMat administrations gave to materials science and engineering in Brazil was the definite consolidation and internationalization of the annual meeting, which always take place at the end of September.

I must highlight that the creation of the bilingual electronic newsletter was a realization that worked, especially because of the capability it has been produced with.

SBPMat Newsletter: – You just took over, for two years, the second vice-presidency of IUMRS. Talk about your plans, expectations…

Roberto Mendonça Faria: – I’m starting this activity. My plans are, first of all, to increasingly insert the Brazilian Materials Science in the international scenario. At the same time, I intend to use the IUMRS support to stimulate materials research in other Latin American countries. Brazil and Latin America have many problems that come from their still deficient economies. I have conviction that research studies in the materials area are valuable instruments to improve the living conditions of these populations. Today, as a member of the SBPMat council, I want to take this discussion not only in Brazil, but in several Latin American countries with the help from IUMRS.

SBPMat Newsletter: – Leave a message for the readers that are starting their scientific careers.

Roberto Mendonça Faria: – I decided to register here that one of the fulfillments (still in progress) that makes our administration proud was the creation of the University Chapters program. I’m going to ask the council to allow me to work with Professor Rodrigo F. Bianchi within this program. I have no doubts that the more researchers we form, the more Brazil will gain with this.

I believe that the work with young people starting scientific activity is one of the most valuable works for a senior researcher. It is our duty to show young people how important the work of “manufacturing knowledge” is for the country, especially in scientific and technological areas. There isn’t one example of a country that has eradicated poverty without the development of strong education and competitive science and technology. Therefore, the message to young people is: believe in your work and always try to make it in the most competent way possible.