Materials created by applying the state-of-the-art in materials science and engineering and nanotechnology can make light and other electromagnetic waves behave in an extraordinary way, becoming very useful for applications in several fields.

To talk about this issue in the XIV SBPMat Meeting, Professor Nader Engheta (University of Pennsylvania, USA) will be in Rio de Janeiro in the end of September. Engheta is a recognized world leader in research on metamaterials – man-made materials created through micro or nanoengineering, and capable of interacting with electromagnetic waves in ways not found in nature.  Metamaterials can sculpt the waves in order to achieve unconventional light-matter interaction.

In his childhood in Tehran (capital of Iran), Nader Engheta developed a special curiosity to understand phenomena related to waves. This curiosity propelled him to attend and get a BS degree in Electrical Engineering at the University of Tehran. In 1978, he came to the United States to pursue his post-graduate (master’s and PhD degrees), also in Electric Engineering, carried in the prestigious Caltech (California Institute of Technology), in the United States. In 1982, he got his PhD diploma from Caltech, with a dissertation in the field of electromagnetism. After a post-doctorate at the same institution, Engheta worked as a scientist in the industry for four years, working again with electromagnetism.  Then he joined the faculty of the University of Pennsylvania in Philadelphia in 1987, and was swiftly promoted through the professorial ranks, and now he is the H. Nedwill Ramsey Professor of Electrical and Systems Engineering, with affiliations in the departments of Electrical and Systems Engineering, Physics and Astronomy, Bioengineering and Materials Science and Engineering.

Owner of an H number of 69 according to Google Scholar, Engheta has more than 21400 citations. Besides being author of 28 book chapters and numerous journal articles and conference presentations, Engheta is coeditor of the book “Metamaterials: Engineering and Physics Explorations”, released in 2006 by Wiley-IEEE publisher. In 2012, he chaired the Gordon Research Conference on Plasmonics.

SBPMat newsletter: – In your opinion, what are your most significant contributions on issues related to the topic of your plenary lecture? Explain them very briefly and if possible, share references of resulting papers or books, or comment if these studies have produced patents, products, spin-off companies etc.

Nader Engheta: – I am very interested in light-matter interaction, and in my group we explore different methods in manipulating and tailoring interaction of waves with material structures, both in the optical as well as microwave domains.  I am very excited about all the research topics my group and I have been working on.  Some of these topics include (1) The optical metatronic nanocircuitry, in which we brought the notion of “lumped” circuit elements from electronics into the field of nanophotonics, developing a new paradigm in which material nanostructures may function as optical circuit elements.  In other words, “materials become circuits” working with optical signals.  In this way, nanophotonics can be modularized, in an analogous way as in electronics.  This allows one to perform optical signal processing at the nanoscale, (2) Metamaterials that can do math:  following our work on optical metatronics, we are exploring how properly designed materials (e.g., layered materials) can interact with light in such a way that one can do mathematical operations with light.  In other words, we are exploring the following questions:  Can materials be specially designed to perform analog processing with light at the nanoscale?  As light propagates through such properly designed material structures, would the profiles of the output signals resemble the results of certain mathematical operations (such as differentiation or integration) on the profiles on the input signals?  In other words, can we design materials for specific mathematical operations in order to do “photonic calculus” at the nanoscale?  (3) The extreme scenarios in light-matter interaction: this may include extreme dimensionality, like graphene photonics as the one-atom-thick platform for light manipulation, extreme metamaterials in which material parameters such as relative permittivity and relative permeability attain near-zero values.  This category of materials, which we have named epsilon-near-zero (ENZ), mu-near-zero (MNZ) and epsilon-and-mu-near-zero (EMNZ) materials, exhibit very interesting features in their response to electromagnetic wave interaction.

SBPMat newsletter: – Help us visualize the metamaterials developed by your group. Please choose one of your favorite photonic materials and tell us, very briefly, its composition, its main properties and its possible applications.

Nader Engheta: – One of the structures developed by my group is the optical metatronic nanocircuits for mid-IR regime (from 8 to 14 microns), in which we properly tailored and constructed nanorods of Si3N4 with specific widths and thicknesses, separated by a specific gap.  These arrays of Si3N4 nanorods function as collections of optical nanoinductors, optical nanocapacitors and optical nanoresistors in mid IR.  We demonstrated that such structures behave as nanoscale optical circuits, with functionality analogous to electronic filters, but here these material structures operate in the mid IR regimes.  We have shown how these structure operate as optical filters in the mid IR, offering exciting applications for future integrated optical devices and components.

Later, in collaboration with my colleague Professor Cherie Kagan and her group at UPenn, we extended this work into the near IR regime (from 1 to 3 microns).  In this case, we used the indium tin oxide (ITO) as the material of choice, with proper design and patterning of ITO nanorods. We also demonstrated that such ITO-based optical metatronic circuits function as an interesting platform for optical circuitry and filtering.  This can have exciting possibilities in the silicon photonics.

SBPMat newsletter: – If you want, leave a message or invitation to your plenary lecture to the readers that will attend the XIV SBPMat Meeting.

Nader Engheta: – One of the exciting features of doing science is the joy of search for unknowns and the thrill of discovery.  I always believe that we should follow our curiosity and our passion for discovery. Also, in science and technology it is important to maintain the balance between the complexity and the simplicity in search for solutions to scientific inquiry. 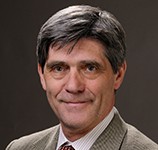