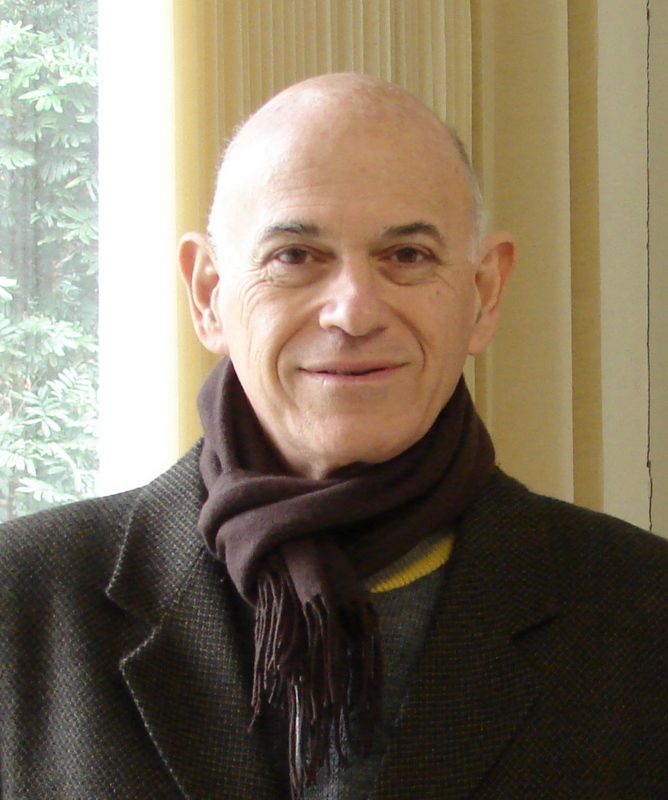 Israel Jacob Rabin Baumvol was born in Rio Grande do Sul, in the city of São Gabriel, in the last day of 1947. When he was a child, he moved to the city of Porto Alegre with his parents and siblings. When he was 19 years old, he entered the Federal University of Rio Grande do Sul (UFRGS) to study Physics. In the following years, in addition to participating in the political activity that occurred in the university against the existing military government, Baumvol dedicated a lot of effort to his studies, trying to reach the academic standard of the bachelor’s degree in Physics of the university. In 1971, he completed the graduation course – without honors, according to him. In the following year, he moved to the city of São Paulo to take a Master’s Degree in the University of São Paulo (USP), in Nuclear Physics and under the orientation of Professor Oscar Sala. In 1975, he returned to UFRGS to undertake his Doctorate, with orientation of Professor Fernando Zawislak, studying composites of perovskite structures. During the doctorate, he became a professor at UFRGS. In 1977, he defended his thesis. For the postdoctoral course, Baumvol chose an institution of industrial research in England, today known as Harwell campus. There, between 1979 and 1981, he worked with techniques of ionic implantation and its applications, mainly the plasma immersion ionic implantation (PIII), and he took part in research contracts with large companies. Due to his expertise in PIII, Baumvol entered the world of the materials for microelectronics, an area in which he made significant scientific contributions and obtained international reputation.

In the United States, Israel Baumvol was an invited researcher of the IBM research center from 1984 to 1988 and, from 1998 to 1999, of the Bell Laboratories, belonging to company Lucent. In France, between 1992 and 1996, he was a visiting professor at the Université Pierre et Marie Curie and at the Université Paris Diderot (Paris 7). In 1997, after coming first in a public entrance examination, he was nominated full professor at Paris 7, but he did not take over the position to stay in UFRGS. From 1995 to 1996, he was a guest professor of the Ruhr Universität, in Germany.

Baumvol was also coordinator of international events held outside Brazil. In 2000 and 2005, he was coordinator (chairman) of international symposia of Physical-Chemistry of silicon oxide and silicon – silicon dioxide interface, organized by the Electrochemical Society. In 2001, he coordinated the International Workshop on Device Technology of the Materials Research Society (MRS), held in Porto Alegre. In 2004, he was meeting chair of the MRS Spring Meeting & Exhibit, that occurs annually in San Francisco (United States).

In 2003, after retiring from his position of full professor of UFRGS, he led the creation of the Materials Science and Engineering Potgraduation Program of the University of Caxias of Sul (UCS), near 130 km far from Porto Alegre, and he was coordinator and researcher of the program until 2014.

From 2002 to 2003, Baumvol presided the Research Support Foundation of the State of Rio Grande do Sul (FAPERGS). More recently, between 2011 and 2013, he was vice-coordinator of the Materials Department in Capes (a federal agency for higher education improvement). Baumvol also coordinated big projects in the Materials segment, such as the first National Network of Research in Nanostructured Materials (2001-2005) and the National Institute of Surface Engineering (2009 to 2010).

Throughout his scientific career, Israel Baumvol has carried out research in subjects related to ionic implantation, thin layer physics and surface modification, in addition to materials for microelectronics.

Baumvol holds the highest productivity level scholarship in CNPq, the Brazilian federal science council. He has authored over 270 peer-reviewed articles, besides books and book chapters. His scientific production has approximately 3,000 citations. He acted as advisor in about 30 Master’s Degree and Doctorate dissertations.

In 2000, he was chosen Prominent Researcher by FAPERGS; in 2010, he was nominated Commander of the National Order of the Scientific Merit by the Presidency of the Brazilian Republic and in the following year, he was named Professor Emeritus by UFRGS. In May of this year, the “Professor Israel Baumvol Microscopy Center” was inaugurated in UCS.

Here is an interview with the scientist.

SBPMat newsletter: – Tell us what led you to become a scientist and to work in subjects of the Materials field.

Israel Baumvol: – It was the junction of three factors. The first one was the desire to use my knowledge one day to be able to contribute to the progress of the country and its citizens. This desire was developed through reading and great political participation during the graduation course. However, seeing as in Porto Alegre the tradition of basic research was very strong and there was nobody working in applied physics, I had a strict academic formation, that was very good for my future. The second factor was my post-doctorate, for which I chose an institution of industrial research, in England. I went there in 1979 to learn ionic implantation, because the institution was a pioneer in this method. There, I became acquainted with ionic implantation, specially its applications, such as reduction of the friction in metallic components (for example Ti-Al alloys) by means of implantation of species and heavy ionic composites, increase of the resistance to wear and corrosion of steel by nitriding, oxinitriding and nitrocarburizing using the method of ionic implantation by immersion in plasma (PIII). At that time, they were constructing there the first industrial-scale reactor of PIII, with a volume of approximately 30 m3, which was later spread throughout the world, including by companies that manufactured these reactors, such as Eaton and several others, including two companies in Brazil. This environment of applied physics fascinated me due to its possibilities. I participated in many research contracts, such as the one about bone prosthesis for a Japanese manufacturer, another about turbine blades for Rolls-Royce and another on cut blades for the future electric shavers project for Philips. These projects, in addition to fascinating me, had a component that for me was romantic: they were confidential projects. The third and last factor occurred by the end of my post-doctorate. I went to a congress in Germany, where I gave a 50-minute lecture, something very difficult nowadays, when the lectures only last about 20 minutes. When I finished speaking and answering questions, there was a coffee break. Dr. James F. Ziegler came up to me, introduced himself and gave me his business card, in which it was written “Research Director, Thomas J. Watson Research Center, IBM”. He invited me to go there because, during my lecture, he thought that the PIII method could solve a serious problem that IBM had with hard drives. Yet again, the siren song of a confidential project. I accepted the invitation and, for some years, during winter and summer vacations, three to four months per year, I went to IBM – Yorktown. There, I got in touch with something unusual for me, the silicon technology, which was just being born. That was yet another allure and my mind was made, Materials Science and Engineering.

SBPMat newsletter: – What are, in your own evaluation, your main contributions to Materials field?

Israel Baumvol: – I worked in many different subjects in my professional activity, some of them mentioned above. I will highlight three of them. The first one was my participation in the beginning of the PIII technology, which is nowadays widely used in the whole world, also in Brazil, where there are at least four services of PIII processes of steel components for the metal-mechanics industry. The second one is my contribution, throughout ten years of work, to explore and to reach the physical limits of silicon oxide as gate dielectric in the metal oxide semiconductor (MOS) technology. I formed a network of cooperation with academic laboratories in four different countries and with industrial laboratories, including IBM, Motorola, Texas Instruments, Bell-Lucent. We reached the physical limit, 1 nm. From there, the entire network started to work on a substitute for silicon oxide, which was the first change in the MOS technology, after forty years. There was a convergence for hafnium oxide and, eventually, certain hafnium-based double oxides. This material stood out, allowing an increase of processing speed and today it is used as gate oxide in advanced processors. It allowed the continuity of the Moore Law, which was threatened. This research segment led to the formation of a golden generation of PhDs, all around gate oxide, which is a crucial subject for the micro and nanoelectronics.  Many of them are acting professionally in industrial companies, in technology of silicon and in other activities.  Finally, I highlight the creation of a research environment in Materials Science and Engineering and of a post-graduate program in this segment. I started this activity with only one element: Caxias do Sul and its environs possess a large number of industrial companies, small, average and large companies needing research and human resources qualification. Only this, nothing more. Then, from nothing, I gathered some young high-qualified doctors and built the desired research environment, with many excellent laboratories and a very respectable post-graduation program. The impact on the industrial context of the region is notable and very recognized.

Bulletin of SBPMat: – Leave a message for our readers who are initiating their careers of scientists.

Israel Baumvol: – Follow your heart and not convenience. Take advantage of the doctorate, because this is the best time of the career: creative research and free from administrative responsibilities. Do not hesitate in showing your ideas. New ideas are not necessarily bad ideas. Use your post-doctorate to get in touch with the new and the unknown. Do not look for a place that works with the same subject of your doctorate research. Do not hesitate in changing the field, this is very stimulant and constitutes an important factor of individual progress. I pity the professionals who continue working in the subject of their doctorate theses, ten or twenty years after the conclusion. Applied research can very be good research. Get rid of preconceptions, it does not matter if the research is fundamental, or applied or directly industrial. What counts is quality. The only difference is between good quality research or bad quality research.