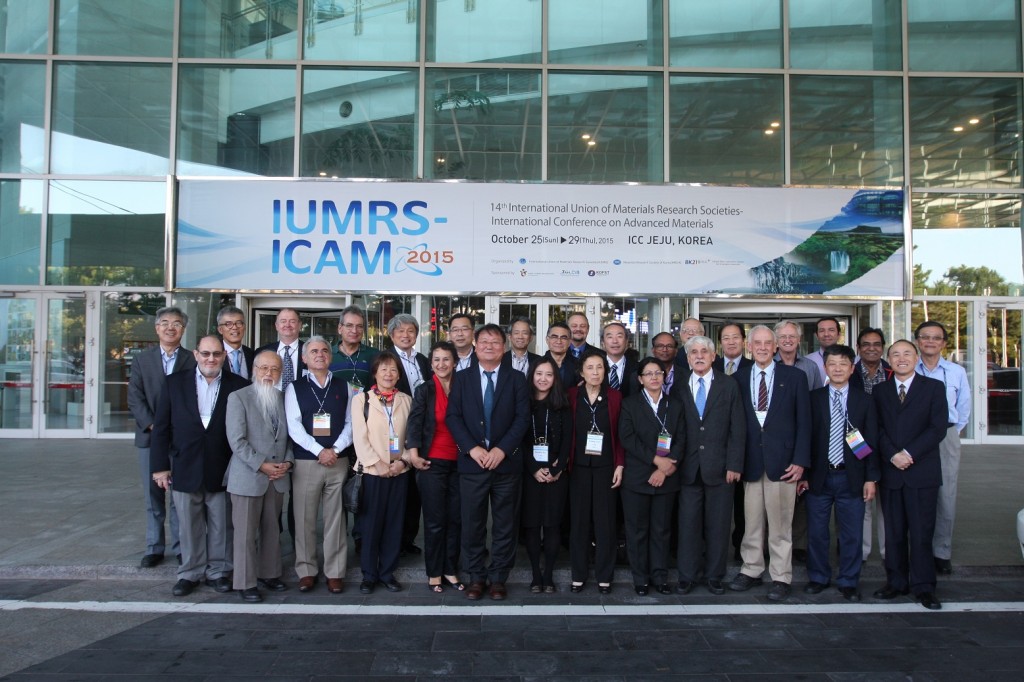 Between April 6 and 10 of the present year, professor Roberto Mendonça Faria, president of our SBPMat (the Brazil materials research society), was in San Francisco (California, USA), participating in the “2015 MRS Spring Meeting“, one of the two annual meetings of the Materials Research Society (MRS). In such occasion, representing SBPMat, professor Faria held a series of meetings.

The president, vice-president, and the executive officer of MRS, respectively, Oliver Kraft, Kristi S. Anseth, and Tood M. Osman, took part in one of them. In such meeting, the directors of both societies agreed upon the continuity of the contract that makes the MRS’ publications available to SBPMat’s members, and discussed ways of establishing collaborations between the University Chapters programs of both societies. Additionally, SBPMat’s president invited the three directors of MRS to participate in the fourteenth meeting of the Brazilian MRS.

Another meeting congregated professor Robert Chang, general secretary of International Union of Materials Research Societies (IUMRS), and professor José Alberto Giacometti, member of SBPMat Board of Counselors, in addition to professor Faria. The three professors defined that they will be co-organizers of the “Symposium U” at the XIV SBPMat Meeting, intitled “Importance of social implications of nanotechnologies in Science popularization”. The symposium already counts on two invited speakers: Guillermo Foladori, from Universidad Autónoma de Zacatecas (Mexico) and Noela Invernizzi, from Universidade Federal do Paraná (Brazil). In the meeting, professor Chang, who was plenary speaker at the XIII SBPMat Meeting, confirmed his presence in the meeting of this year.

In a third meeting, the president of SBPMat talked to representatives of Institute of Physics (IOP), and both parties manifested the desire of continuing the project of “Science Impact“, publication which, according to professor Faria, has been having an excellent repercussion.