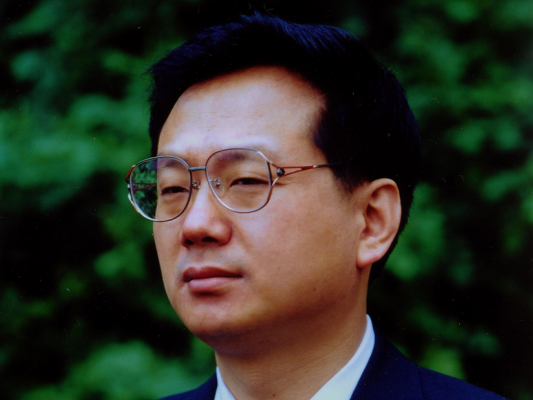 By studying spider webs, fish scales, lotus leaves and cactus, the Chinese scientist Lei Jiang (Technical Institute of Physics and Chemistry – Chinese Academy of Science) and his group have developed artificial systems that can be extremely useful for human being. For example, surfaces that exhibit superphobic or superphilic properties concerning water, oil and air. Professor Jiang´s surfaces and interfaces can also be intelligent and switch from superhydrophilicity to superhydrophobicity.

Prof. Jiang will come to Brazil at the end of September to present all these discoveries, and also the concept of “binary cooperative complementary nanomaterials” (BCCNMs), in a plenary lecture of the XV Brazil-MRS Meeting.

Lei Jiang obtained a B.S. in solid-state physics in 1987 and a M.S. in physical chemistry in 1990 from Jilin University of China. Then, he embraced doctoral studies in the same university. After a period in the University of Tokyo (Japan), he obtained his Ph.D. diploma in physical chemistry from Jilin University of China. From 1994 to 1996, he was postdoctoral fellow in the Akira Fujishima‘s group at Tokyo University of Science. Then, he remained in Japan as a researcher of Kanagawa Academy of Sciences and Technology. In 1999, he joined, as a Professor, the Institute of Chemistry at CAS. From 2004 to 2006, he also served as Chief Scientist of the National Center for Nanoscience and Technology of China.

Prof. Jiang (H index=92) is author of two books, 8 review papers and book chapters, and over 500 papers including articles in Nature, Nature Nanotechnology, Nature Materials, among many other high-impact journals. He holds dozens of granted patents and patent applications. His publications have been cited more than 38,000 times.

Lei Jiang is academician of CAS since 2009, foreign member of the US National Academy of Engineering since 2016, fellow of the Royal Society of Chemistry since 2010, and fellow of The World Academy of Sciences (TWAS) since 2012. Jiang acts in the boards of scientific journals Small, Advanced Functional Materials, Advanced Materials Interfaces, NPG Asia Materials, Journal of Inorganic Biochemistry and Materials Research Innovations. He has received many awards and honors granted by Chinese entities. His contributions have also been recognized with the TWAS Chemistry Award in 2011 and the MRS Mid-Career Researcher Award in 2014.

SBPMat newsletter: – Explain in a few words your approach to learning from nature.

Lei Jiang: – We learn from nature mainly focusing on biological interfaces with superwettability, and then we investigated the correlation between the multiscale structures and superwettability. After that we design target molecules to prepare bioinspired functional materials with promising applications, such as self-cleaning coatings, water/oil separation, water collection, and energy conversion. Finally, by combining two complementary properties and achieving reversible switching between them, we were able to develop bioinspired smart interfacial materials with superwettability.

SBPMat newsletter: – Do you and your group perform nature observation by yourselves?

Lei Jiang: – Yes, we perform nature observation by ourselves.

SBPMat newsletter: – Do you search for specific plants or animals having in mind specific applications?

Lei Jiang: – Yes, we mainly focus on specific plants or animals with superwettability.

SBPMat newsletter: – Do you work in collaboration with biologists and materials engineers from other groups to understand nature and produce the artificial materials systems?

Lei Jiang: – Yes, we always work in collaboration with other groups, who are focused on materials, mechanics, biology etc., to understand nature and produce the artificial materials systems.

SBPMat newsletter: – Are there products in the market, or almost there, based on your discoveries? How were they created (through patent licensing, spinoff companies, joint development)?

Lei Jiang: – We have transferred several research findings in the laboratory to practical products in the market. Until now, we have cofounded 3 technology companies.  As one of the very first commercially available bioinspired material produced in large scale, our superhydrophilic coatings have been applied to landmark buildings such as the China National Grand Theatre, and the Beijing International Airport. Our oil/water separation system has also been applied to more than 630 ships travelling around the world. Based on the materials with special wettability, a bioinspired green printing technology is also currently being used to print newspapers by many publishers.

SBPMat newsletter: – To those readers who may be very curious about your concept of “binary cooperative complementary nanomaterials”, please say a couple of words about it. Is there a philosophical idea behind that concept?

Lei Jiang: – Binary cooperative complementary materials, consisting of two components with entirely opposite physiochemical properties at the nanoscale, are presented as a novel principle for the design and construct of functional materials. By summarizing recent achievement in materials science, it can be found that the cooperative interaction distance between the pair of complementary properties must be comparable with the scale of related physical or chemical parameter. When the binary components are in the cooperative distance, the cooperation between these building blocks becomes dominant and endows the macroscopic materials with unique properties and advanced functionalities that cannot be achieved by either of building blocks. The law of unity and interpenetration of opposites was proposed in “Dialectics of Nature,” an unfinished 1883 work by Friedrich Engels. He stated “Everywhere we look in nature, we see the dynamic co-existence of opposing tendencies. This creative tension is what gives life and motion.” Dialectic was derived from the works of philosophers G. W. F. Hegel (1831) and Heraclitus (500 BC), who thought that everything was constantly changing and that all things consisted of two opposite elements that could change into each other. Ancient Chinese philosophers also utilized “Yin” and “Yang” as two basic polarities of the universe to interpret the binary cooperative complementary phenomenon in nature and the universe. However, Engels simply thought the idea of “Yin” and “Yang” was just an embryo of dialectics in ancient China. However, Chinese philosophers had already studied the evolution process and unity of two opposite elements quantitatively. For example, “I Ching” (1000–750 BC), an ancient Chinese book of changes, stated that 64 Yin-Yang combinations known as “64-gua” are possible with hexagrams (patterns of 6 broken and unbroken lines).